Live Coding the intersection between the Arts, Technology and Research

Live Coding systems encourage us to think extremely differently about programming languages. In addition to considering standard requirements such as reliability, efficiency and correctness we are also forced to deal with issues such as liveness, coordination and synchronization all whilst working in real time.

Live Coders not only run and modify code live — they often perform with it on stage in front of large crowds of people who really don't want the code to miss a beat. In this code and demo-heavy talk, Sam will introduce the motivation for Sonic Pi - a system designed specifically for live coding music - before taking a deep technical dive into the internal ideas and innovations. The audience will explore Sonic Pi's novel temporal semantics which allow multiple concurrent threads to execute in synchronization along with live hot-swapping of code.

Ultimately, everyone will discover an exciting area of programming language research in an approachable and instructive manner all whilst making some sick beats and drops. 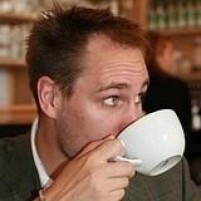 Sam is a  researcher, software architect and computational thinker with a deep fascination surrounding the notion of communicative programming. He sees programming as one of the many communication channels for descriptions of formalised process of any kind, be it a business process, a compiler strategy or even a musical composition.