Mirror, Mirror, on the Wall

You’re probably familiar with Conway’s Law, that “organizations which design systems ... are constrained to produce designs which are copies of the communication structures of these organizations." But did you know that there’s a tradition in academia spanning as far back as the 1960’s that has studied it in action?

Our understanding began in the traditions of organisational design, product design, and organisations-as-complex-systems. Conway’s Law is a separate tradition in technology, embracing our idioms and ways of storytelling.

But all three traditions point back to the same underlying concepts.

Conway’s Law has been studied across auto, aviation, software, banking, and healthcare. Each study has revealed how humans organise to build systems, and how those systems influence how we organise ourselves.

The results are not what you’d expect. 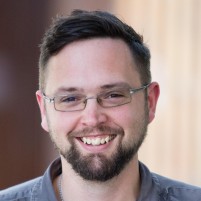 Lindsay Holmwood is an engineering leader based in the Blue Mountains, just outside of Sydney. He served as the Head of Technology at the Australian federal government's Digital Transformation Agency, where he was responsible for technology strategy, advice, and delivery across the organisation.

Since bringing DevOps to Australia by running the second ever DevOpsDays conference in 2010, he runs the monthly Sydney DevOps meetup (the longest running DevOps meetup in the world), and is the secretary of DevOps Australia.