The Agile movement shifted the relationship between clients and developers in a profound way. In waterfall processes, clients specified large amounts of functionality, then nervously faded into the background until the fateful day-of-delivery. With Agile, developers strove to engage with clients continuously, and delivered much more frequently against their needs. A new trust was established. At the Forward Internet Group in London, we are implementing a second major shift between clients and developers. The trust of the clients in developers evolves into a broader trust of the developers to deliver business value without resorting to a series of well-defined stories. In essence, the business has empowered the developers to do what they think is right for the business. This model, popularized by Facebook, has several labels, but the one we prefer for our flavor is Programmer Anarchy. 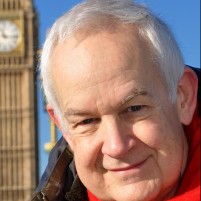 Fred George is an active industry consultant, and has been writing code for nearly 50 years in (by his count) over 75 languages. He has delivered projects and products across his career, and in the last decade alone, has worked in the US, India, China, and the UK. An early adopter of new technologies, Fred continues to impact the industry with his leading­-edge ideas, advocating Micro­Service Architectures since 2005 and flat team structures (under the moniker of Programmer Anarchy). He travels the globe speaking and consulting on these topics. Oh, and he still writes code!