Microsoft issued me a Mac when they hired me to help people use Linux on Azure. If this sounds like the beginning of a nerdy joke, it’s because we need to question long-held opinions, let go of deeply-cherished stereotypes, and welcome this new era of open collaboration. 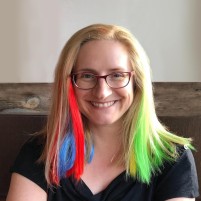 Bridget Kromhout is a Principal Cloud Developer Advocate at Microsoft. Her CS degree emphasis was in theory, but she now deals with the concrete (if 'cloud' can be considered tangible). After 15 years as an operations engineer, she traded being on call for being on a plane. A frequent speaker and program committee member for tech conferences, she leads the devopsdays organization globally and the devops community at home in Minneapolis. She podcasts at Arrested DevOps, blogs at bridgetkromhout.com, and is active in a Twitterverse near you.