Erlang: What They Didn’t Tell You in the Brochure

Erlang is a language designed for building highly concurrent, highly available systems. And, based on our experience using it to build a large-scale VoIP soft-switch, it does a great job of this.

However…every language has a collection of “gotchas” which developers often don’t discover until they’re neck-deep in building a big system. If they’re really lucky, they’ll discover them before the users do.

I love Erlang as a language, but in this respect it’s no different from any others. This talk aims to briefly cover the things it would have been nice to have known before we ran head-long into them such as: 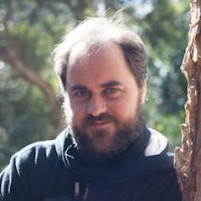 Bernard has been working on ShoreTel's (and previously M5 Networks') hosted business telephony system for nine years, over seven of which have involved increasingly extensive use of Erlang. In past positions he has worked on biomedical robots, a single sign-on system, and several console games. He'll tell you about some of the games sober but others will require significant plying with alcohol to extract the names of. Bernard lives in Canberra with his wife, daughter, dog, and collection of single malt whiskies.